With Spring Training officially over for the Angels, the regular season is finally underway. While Spring Training is normally thrown to the side as useless, there are still some impressive performances worth noting. Even if these players don’t earn a regular season award, or even make the MLB roster, they can have an unofficial award for their Spring efforts.

Surprise player of the spring (SPOS)

Jose Rojas has steadily climbed through the Angels farm system, working from Rookie ball in 2016 to AAA in 2018. His improvements shined in the Spring, posting a .412/.474/.764 slash line and two home runs. His most consistent attribute is his contact ability, posting a .291 career average across three seasons and five levels of minor league ball.

Rojas’s power is still developing, but his 2018 season brings promise. From 2016 to 2017, Rojas hit 11 total home runs. In 2018 he hit 17 home runs, all in AA. This power trend followed him into the spring, hitting his two home runs in 34 at bats. For reference, that at bat per home run ratio is better than Alex Bregman, Javier Baez, and Paul Goldschmhidt last season. While he may not be starting the season in the majors, Rojas could be an impact bat in the near future.

In his return to Anaheim, Peter Bourjos was able to run away with an Opening Day roster spot. Bourjos was known for his defense, and showed enough in Spring Training to be given an opportunity on the bench. With Justin Upton starting the season injured, he was also given the starting left field position Opening Day.

That Peter Bourjos. He's a crafty one! pic.twitter.com/yngSR50yBW
— Tampa Bay Rays (@RaysBaseball) May 4, 2017

The man known as “Gorgeous” Bourjos was able to show a beautiful swing in the Spring to supplement his defense. Across 47 plate appearances last season, Bourjos hit one home run. During Spring Training, his three home runs across 53 at bats showed the 31 year-old outfielder has plenty of production left in his bat. While the home run power may not translate from Arizona to Anaheim, Bourjos will be a productive member of the Angels bench and as a rotational outfielder.

CY Young of the Spring

One of the awards with only one winner, Felix Pena was absolutely filthy this Spring. Across 14.2 innings, Pena allowed a 3.07 ERA. What was impressive was Pena’s strikeout ability. Across those 14.2 innings, Pena struck out 25 batters. For reference, that K/9 rate would lead all of last years qualified pitchers by three full strikeouts. Pena is not going to keep this insane pace through the season, but it proves his strikeout potential is high.

Even with his success, Pena struggled with his command by allowing a 4.9 BB/9 rate. Even with an ERA almost a full run lower than his 2018 regular season, Pena’s WHIP was higher. The good news for the Angels is that we know he can work himself out of trouble. The key for Pena after a great spring is limiting the trouble he gets himself into.

Reliever of the Spring

The bullpen has been a focal point of Billy Eppler’s vision for the Angels, and some of the young arms are beginning to look like future studs. Justin Anderson’s rookie season was a mixed bag to say the least. He showed off an impressive ability to strikeout and dominate batters, but struggled with command. This spring, Anderson put together a strong run showing improved command.

Across 9.1 innings, Anderson posted a 1.93 ERA and nine strikeouts. Not the typical strikeout dominance we expected from Anderson, but still solid. What was impressive was his BB/9 rate dropped by almost two walks in Spring. If he can continue this development, Anderson will be an electric reliever for the Angels

No Angels reliever has been hyped up more than Ty Buttery. Coming over in the Ian Kinsler trade to Boston, Buttery was solid in his rookie season. The 26 year-old reliever took his game up a notch this spring by posting a 2.08 ERA across 8.2 innings. While the walks were up, Buttery was able to post a 12.5 K/9 rate in spring.

The one knock on Buttery’s Spring is that he did not face many MLB level hitters. Even with that, he was able to dominate the AA and AAA hitters throughout the Spring. If Buttery can continue progressing, he should be a solid to great reliever for the Angels with the possibility of becoming their everyday closer.

MVP of the Spring

While the easy choice here would be Mike Trout since he is the consensus best baseball player in the world, Spring Training is not for easy. Because of this, Jared Walsh is your Spring Training MVP. Walsh ended up with a .424 OBP and a 1.128 OPS through his 15 Spring games. Along with this, he slugged two home runs and was second on the team in RBI’s with 11.

Walsh made an impact with his bat, but made headlines as one of the Angels two-way players. Though, Walsh may not want to remember his pitching in the Spring as he allowed an 8.10 ERA across 6.2 innings. Whether Walsh ends up as more of a hitter or pitcher is to be seen, but he is certainly worthy of the Angels Spring Training MVP. 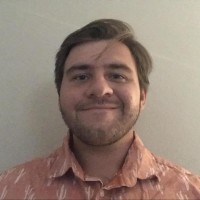 Author Details
Ryan Kanne
My name is Ryan Kanne, and I am a journalism major at Emerson College. I am a born Chicago sports fan but grew up in Chino Hills, California. No, I don’t know the Ball brothers, but I did go to their rival high school. I’m a big fan of the Chicago Cubs, Bears, and Bulls as well as the Los Angeles Angels, and Clippers, which means I’m very used to disappointment. I grew up in a sports heavy family, evident by me going to a baseball-themed elementary school and being named after a Cubs Hall of Famer, Ryne Sandberg. Talk to me about the MLB or NFL and I won’t be quiet for a while
[email protected]
×

Ryan Kanne
My name is Ryan Kanne, and I am a journalism major at Emerson College. I am a born Chicago sports fan but grew up in Chino Hills, California. No, I don’t know the Ball brothers, but I did go to their rival high school. I’m a big fan of the Chicago Cubs, Bears, and Bulls as well as the Los Angeles Angels, and Clippers, which means I’m very used to disappointment. I grew up in a sports heavy family, evident by me going to a baseball-themed elementary school and being named after a Cubs Hall of Famer, Ryne Sandberg. Talk to me about the MLB or NFL and I won’t be quiet for a while
[email protected]
Latest Posts