This wouldn’t be an article about ASU football in 2018 without discussing the giant elephant in the room. There’s a lot of skepticism surrounding Edwards and his coaching ability, especially at the college level. It makes sense; Edwards spent 15 years coaching in the NFL, first as a defensive backs coach then as a head coach. But it’s been 13 years since his departure from the league and — stop me if you’ve heard this one before — 29 years since he coached at all in college. Furthermore, his last and only experience in college coaching wasn’t as a head coach — it wasn’t even as a coordinator — but as a defensive backs coach. There is no telling how Edwards will adapt to ASU’s offensive style or how he will implement changes.

It’s not like Herm being an interesting hire is news to anybody, but it bears repeating that he’s one of the biggest factors in ASU’s potential success or lack thereof in 2018.

The good majority of the 2017 ASU running game has moved on to the NFL, leaving sophomore Eno Benjamin the only running back with an ample number of carries.

Benjamin carried the ball only 23 times behind Demario Richard and Kalen Ballage but showed a lot of potential in that time, running for 142 total yards and scoring one touchdown. Run game success for ASU this season is really going to come down to how quickly the offensive coaches are able to develop their new rookies. Luckily for this backfield, the offensive line consists of three returning starters, which should give the young running backs a little more confidence in terms of their protection.

Speaking of the offensive line, pass protection is going to be key in the success of the offense. ASU’s top receiver, N’Keal Harry, accounted for eight of the 21 total touchdowns, averaging 87.85 yards per game. Kyle Williams, the other top receiver, was responsible for seven touchdowns. With this knowledge, quarterback Manny Wilkins’ 37 sacks last season gave him the third highest expected points lost on sacks in the Pac-12 (-21 EPA, the highest being -22). Four of ASU’s five losses in 2017 were within ten points, where one bad block might have made the difference between a sack and a completion, and with these receivers, a completion gives a pretty good chance of explosive plays touchdown.

Every ASU fan remembers the horrendous punts and field goal attempts last year. Sophomore punter Michael Sleep-Dalton’s net average (distance from the line of scrimmage to where the ball was spotted for the next play) was 36.15 yards, almost ten yards under the national average. Granted, Sleep-Dalton was suffering from a muscle strain in his right punting leg early in the season, with one punt traveling only 12 yards. Brandon Ruiz also had his fair share of lop-sided kicks. The freshman kicker completed 70 percent of his field goal attempts. ASU’s opponents completed 81 percent of theirs. While losing Zane Gonzalez to the NFL was bound to have ASU see a hangover in 2017, that performance still hurt and will continue to do so if the kicking game doesn’t improve this season.

Pushing Through the 2nd Half

The biggest determinant in ASU losses last season was their 2nd half performance. The Sun Devils were outscored 53-89 in the second half when they lost. When they won, ASU outscored their opponents 122-92. They were able to pull out huge upset games like the one against Oregon with their second-half play. But then other weeks they seemed to completely lose momentum after returning from the locker room, as seen against USC.

The bottom line to the Sun Devils’ success in 2018 is coming together as one unit. A lot of changes were made to the coaching staff and to the roster and how quickly everyone is able to get on the same page could mean the difference between another 7-5 season and a real run in the Pac-12. 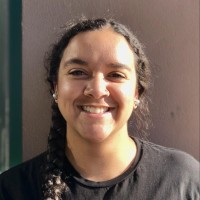 Author Details
Remahl Anthony-Aljumaan
Sports have been a part of my life for as long as I can remember. I played softball for 12 years and fell head over heels in love with the game. I am currently going to school at Arizona State University pursuing degrees in both sports journalism and statistics. Baseball is my main passion, but I can talk some NFL too (Go Hawks!). I am fascinated with the numbers side of the game and love how prevalent it is becoming.
[email protected]
×

Remahl Anthony-Aljumaan
Sports have been a part of my life for as long as I can remember. I played softball for 12 years and fell head over heels in love with the game. I am currently going to school at Arizona State University pursuing degrees in both sports journalism and statistics. Baseball is my main passion, but I can talk some NFL too (Go Hawks!). I am fascinated with the numbers side of the game and love how prevalent it is becoming.
[email protected]
Latest Posts