On January 17, 2017, the New York Islanders fired head coach Jack Capuano. In order to fill the void, New York announced the team’s assistant coach and GM, Doug Weight, would take over as the interim head coach. Nearly four months later, the Islanders announced that Weight’s Interim tag has been removed. He will remain the head coach permanently.

Weight, a former Islanders player, was selected 34th overall in the 1994 draft by the New York Rangers. He played out the last three seasons of his career with the Isles. Following his retirement in 2011, Islanders GM Garth Snow kept Weight involved with the organization.

The Isles finished out this season with a record of 24–12–4. They just missed out on the Stanley Cup playoffs by a single point. Most of the players have close relationships with Weight. The body language on and off the ice became apparent.

GM Garth Snow on why Doug Weight had success this year: "Doug had the respect of the players…You could see how they competed for him."
— Ryan Kennedy (@THNRyanKennedy) April 12, 2017

Despite missing the playoffs, Islanders’ owners Jon Ledecky and Scott Malkin were pleased with the work done by Weight. Ledecky and Malkin were confident enough to bring him back full time. They made the call in only the third day of the Islanders’ offseason.

Since Weight started coaching, NY jumped from last in the East, to at one point, holding a playoff spot. Weight coming in gave players motivation, but that is usually what happens when a team fires its coach. That being said, this can still very well be a good option for this team moving forward.

However, a veteran coach with championship experience such as Darryl Sutter, who was recently fired by the Los Angeles Kings, could be the better option for New York. Sutter coached LA to two Stanley Cups in just three seasons, most recently in 2014. There needs to come a sense of urgency to win. New York tends to fill the head coaching void with men who have had no prior experience at the position. This is most likely the main reason the Islanders have had 12 coaches in 23 seasons.

Weight’s Islanders must continue their play from the second half of this past year. Continue it to next year, and beyond, then Weight could very well be the right choice to man the team. On another note, hopefully the hiring of Weight does not mean that NY decides to bring back Snow. Reasoning why this would be a mistake is explained in this previous article.

Nonetheless, if Weight can prove that the second half of this past season was not a fluke and he is to be percieved as a legitimate coach in the NHL, then fans can take a deep breath. At the end of the day, Islanders fans all ultimately want this team to compete for a Cup. Hopefully he can be the guy to do it. 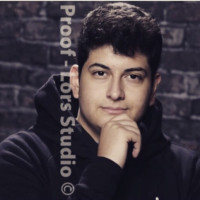