Detroit’s rushing attack entered the game ranked 29th in the league, while Chicago’s rush defense has fallen from early success. RB Theo Riddick, the Lions’ leading rusher, was inactive on Sunday with injuries to an ankle and a wrist.

With Dwayne Washington and Zach Zenner as the main rushing opposition, Chicago would be playing its second game in a row with all three starters on the defensive line. Detroit’s passing game had been clicking, so an effective abandonment of the run was not going to be a surprise. Chicago’s secondary has allowed teams to throw all year, which means Stafford should be successful if he can find the time. Offensively, Chicago is still without WR Alshon Jeffrey but Matt Barkley has been impressive at QB. In his last outing, Barkley threw for 192 yards in a snowstorm with a 97.5 QBR. With Josh Sitton back in the lineup, the offense should continue to run the ball well and keep the quarterback upright.

It’s that time of year in the NFC North. With snow cascading outside, Ford Field protected the division matchup from adverse conditions. However, both teams played as if they were in four inches of snow. A punt return by Andre Roberts was the most dynamic play we saw and it was called back by a block in the back by former-Lion-then-Bear-turned-back-to-Lion Joique Bell. Matt Stafford apparently had a dislocated finger, which led to him changing gloves and getting taped throughout the first half. Apparently, he couldn’t figure out how he wanted to play in the hours of warm up before the game. Stafford went on to throw for 223 yards and one touchdown, a pick-six to rookie Cre’Von LeBlanc, a cornerback for the Chicago Bears. That was one of two INTs for the former Pro-Bowl QB from Georgia on a day that nearly saw Chicago sweep the season series from the NFC North favorites.

When Jay Cutler missed time early in the year with a thumb injury, Brian Hoyer came in and did about as well as they could’ve hoped. When Brian Hoyer broke his arm, Jay Cutler’s return gave the season some life again after a Halloween win over Minnesota. Cutler’s torn labrum links him with Hoyer on the IR, leaving the season in the hands of Matt Barkley. Barkley has since proven that he can play very well, as Hoyer did, but also that he can command an offense. In a six-point loss to Tennessee, Barkley made all the right throws on a last minute drive. Barkley’s QBR in his last two games ranked 10th in Week 13 and 11th in Week 14. The problem is not Barkley. Or Hoyer. Or Cutler. Injuries happen to everyone but none more so than Chicago this year. Add Alshon Jeffery and Jerrell Freeman to the list of missing pieces and you’re going to lose games. Those pieces are just worth too many points on the football field.

Barkley’s turnover-free day was great, but some other players are starting to shine in the absence of starters. CB Cre’von LeBlanc’s first career interception came with a clear path to the end zone to give the Bears a second half lead. CB Bryce Callahan has been making plays all year, deflecting two passes, including one that Demontre Hurst was able to collect.

Chicago continues to prevent the big play by keeping their receivers in front of them and not allowing yards after the catch. RB Jordan Howard looked good early, still showing off his talent for seeing and accelerating through the hole and using angles to create positive plays regularly. Reigning NFC Defensive Player of the Week Akiem Hicks was in the backfield again with a sack on Sunday. Mitch Unrein found his first sack of the season after missing time earlier in the year.

Chicago’s offense is one of the best red zone defenses this season. Every week, it seems like the Bears get the ball inside the 20 and penalize themselves into a field goal. The penalties were brutal this week for the Bears, racking up 11 flags for 139 yards lost (both season highs for the Bears). Most were well deserved, but Jeff Triplett’s crew missed some calls on the Lions. A pass interference call down the field would’ve put the Bears in field goal position on the last drive but it was overlooked. Other issues for the Bears today was the run defense. The usually unforgiving front for Chicago conceded 114 rushing yards to a pass-focused team without its leading rusher. The pass protection for Matt Barkley was poor as well. Detroit pushed the offensive line backward on most plays, though Barkley was able to avoid the pressure and keep his eyes downfield well.

You’ll never see a full season played with the same starters in every game. One of the biggest things that makes a team successful is their ability to plug holes and continue as if nothing happened. Bill Belichick’s New England Patriots have practically trademarked this in their recent success.

Chicago has played with a fluid offensive line that has seen changes to the starters on a week-to-week basis. The second-string receiving corps looked really connected with Brian Hoyer mid-season, so you could tell that they had played more practice snaps with him. Now with Barkley at QB, WR Daniel Braverman and TE Daniel Brown seem to connect well with him. They all played on the Bears practice squad at some point in the season, exhibiting a comfort that Josh Bellamy hasn’t been able to recreate since Hoyer’s injury. Bellany was briefl in the zone during the game against San Francisco, but it only means so much against the 49ers. If Chicago can get a core group to stay healthy next season, chemistry will build and success will grow from it.

What’s Next for Chicago?

The Alshon Jeffery suspension is officially over. Next week, he’ll return against the Packers at Soldier Field. The Packers are blazing this end of season stretch, accumulating 3 straight wins including this week’s dismantling of the Seahawks (minus Earl Thomas). Aaron Rodgers is reminding everyone of what we never doubted. His arm is unaffected by Green Bay’s frigid winds. In Week 16, Chicago will play its final home game against Washington before heading to Minnesota to play in the brand new U.S. Bank Stadium. Performances like Sunday’s pose a threat to beating the Redskins and Vikings, but two things stand in the way. If the Bears are as undisciplined and penalized as much as they were against Detroit, they’ll be fighting themselves for victories. Also, the 49ers loss today probably earned them the 2nd overall pick and Jacksonville’s late season atrocity has them closing in on the 3rd pick. Any wins by Chicago would only decrease the value of their pick, which I think should be traded. 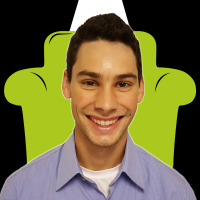 Author Details
Caylor Feltman
I am Caylor Feltman, currently located in Tuscaloosa, AL getting my Masters degree in Sports Management at UA. I’m working as an assistant with Event Management in the Athletic Department. My sports of choice include football and fútbol, as well as basketball, but I’m one of those people who is just enthralled by human competition. So if it’s on, I’ll watch it. I’m also one of those people who has a hierarchy of fanhood. If my team isn’t playing, I’ll root for my division/conference, so don’t be surprised if you see me tweet (@TheSeltrain) about Aaron Rodgers or LSU. Just know that you won’t ever see me favour Manchester City, Chelsea, or the Patriots. #BearDown #USMNT #USWNT #Rapids96 #MUFC #RollTide #Smashville
[email protected]
×

Caylor Feltman
I am Caylor Feltman, currently located in Tuscaloosa, AL getting my Masters degree in Sports Management at UA. I’m working as an assistant with Event Management in the Athletic Department. My sports of choice include football and fútbol, as well as basketball, but I’m one of those people who is just enthralled by human competition. So if it’s on, I’ll watch it. I’m also one of those people who has a hierarchy of fanhood. If my team isn’t playing, I’ll root for my division/conference, so don’t be surprised if you see me tweet (@TheSeltrain) about Aaron Rodgers or LSU. Just know that you won’t ever see me favour Manchester City, Chelsea, or the Patriots. #BearDown #USMNT #USWNT #Rapids96 #MUFC #RollTide #Smashville
[email protected]
Latest Posts