Twelve and a half seasons, six All-Star appearances, five Most-Valuable-Player nominations, five division titles, two NL Pennants, and one World Series Championship with the Philadelphia Phillies. Chase Utley not only earned his 90-second standing ovation by the Phillies fans, he deserved it as he returned to Citizens Bank Park after being traded by the team in 2015. In classic Utley fashion, he called forward the catcher in an attempt to end the ovation and start the game.

Utley has never been one to boast or stand in the spotlight. Night after night, Utley steps onto the field, puts in work, and never loses his stoic demeanor.

In his first game back to Citizens Bank Park, Utley rose to the occasion by crushing two homers and driving in five. Utley’s first homer came in the 5th inning with no one on base. As Utley returned to the dugout, he received a curtain call from the fans. Little did everyone know, Utley would crush another home run in the 7th, this time with the bases loaded. The grand-slam was the seventh of Utley’s career and the second this season. As Utley rounded the bases and returned to his new teammates in the dugout, he was once again given a curtain call by the fans in Philadelphia.

Utley is a true veteran of the game, hustling down the first base line on every hit, never loosing his complexion, and always staying focused until the very last out of the game. So when manager Dave Roberts takes Utley out of the game following his second curtain call, Utley goes and sits on the bench to continue supporting his teammates for the remainder of the game.

It is not often that you see players remain on the bench as most players we see leave the game continue to exit the dugout and hit the showers. That is just a reminder of the kind of player and teammate Chase Utley is and the impact he has had in the game of baseball. 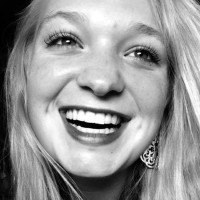 The Washington Nationals are on a roll