When I talk about passing yards, I am only taking yards thrown into account. I am not looking at total net yards where a sack takes away from the total passing yards. I just want to see how the different playcalling from both coaches affected the offense.

Based on the numbers I would have to give Olson the advantage, but I am excited to see what Hackett can do. Hackett was following Olson’s offense and now Hackett should have a say in what the team runs. He did pull out a few surprises, so it should be an interesting year passing wise.

We call this the Annexation of Puerto Rico. @TeamLee1 hits @BBortles5 for the touchdown. #TENvsJAX https://t.co/ckRFOs6aFo
— Jacksonville Jaguars (@Jaguars) December 24, 2016

Next year does not get any easier for Hackett as he still faces some top passing defenses. He still takes on Houston twice, but this year he faces Arizona, Seattle, Baltimore, and the LA Rams. All of those teams are in the top 10 for passing yards per game allowed.

The running game is what really separates these two coaches and what makes Hackett a good option. Olson had 72.6 rushing yards per game while Hackett had 124.8 rushing yards per game. This was a big improvement in the offense. Olson’s offense lacked a good running game. Hackett’s passing attack might have dropped from Olson’s, but he had a successful running game. He styled the running playcalls to each running back’s strengths and didn’t stick to straight up the middle runs. He also had a less predictable running attack than Olson.

Hopefully Chris Ivory will be healthy next season because I believe Ivory can have a great season under Hackett. Hackett can make the run game a strength of the Jaguars’ offense. This should also lessen the load on Bortles as Bortles had to do most of the work in the first half of the season. Bortles was the Jaguars’ leading rusher in games 3 times under Olson. 34 yards against San Diego, tied with Yeldon with 17 yards against Baltimore, and 22 yards against Tennessee.

Bortles was only the leading rusher once under Hackett and that came against Buffalo rushing for 81 yards. In that game, I am totally fine with Bortles leading the team in rushing yards. If my QB has 81 rushing yards and leads the team I will be happy with that. The team finished with 183 rushing yards in that game so he did receive help, 44 from Ivory and 39 from Denard Robinson. I am not fine with the QB leading the team in rushing yards with only 34, 22, or 17 yards. That just isn’t a good running game. Even pass heavy offenses need a running game to supplement their passing game. The Jaguars definitely needed a good running game this season and Hackett brought that.

In points per game Olson holds the advantage with 19.9 PPG over Hackett’s 18.9. I will say that Hackett’s games did feel a lot closer than Olson’s even though Olson had the higher PPG. Olson coached a few blowouts where it seemed the offense couldn’t do anything. When Hackett had a game decided by multiple possessions you at least felt like the Jags had a chance in the end. It looked like they just missed on a few drives instead of looking like the game was over early and there was nothing the offense could do about it.

The last category I will look at is common games. There were only two of these with both coaches playing Indianapolis and Tennessee. I have to give Olson the advantage in the Colts matchup.  The offense did produce more yards in the week 17 game than the week 4 game, but week 4 seemed like the better game. Not only did the Jags win in week 4, but they also fought til the end. It seemed like the offense took the pedal off the gas in that week 17 game.

Hackett obviously has the advantage in the Titans matchup. The week 8 game against the Titans is the reason Olson got fired. The offense was not productive and could only score when the game was all but over. Hackett got the win in this game and Olson got blown out. Hackett showed what the offense is capable of in that game and showed that this can be a good team in the future. That week 16 Titans game was the best game of the Jaguars’ season.

This article was not supposed to compare Hackett and Olson and see which one should have the job. Olson was rightly fired week 8. He should not be running this offense. This article was supposed to look at what Hackett did and how he improved this offense. I was not happy with the decision to bring Hackett back at first, but I can see the positives. He did improve this offense and he could do great things next year with his scheme. I also think it is a good decision to keep this offensive coordinator with Bortles. Bortles is still learning and it might not be a good idea to give him another new OC. He spent half a season with Hackett, so maybe Hackett can start developing Bortles better with a full season.

Olson is most likely the reason for Bortles’ regression, so maybe Hackett can be the answer. It would have been nice to get an outside OC candidate, but sticking with Hackett could be a good decision. The Texans won the South with a 9-7 record, so Hackett doesn’t need to be stellar. It would be nice for Hackett to blow other teams out of the water, but this is a division where you just have to compete. The Jags didn’t compete much last season. The divisions hovered around .500 for a long time, but the Jags couldn’t climb there way up. Hackett can take this team to the top of the division. 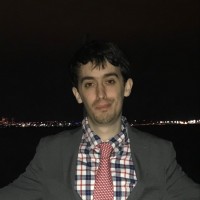