The notion of collegiate athletes receiving compensation outside of their typical scholarship has fueled debate topics for the majority of the 21st century. The NCAA has repeatedly cited that student athletes cannot receive monetary benefits for their work because that would violate their amateurism status. They also cite that the athletes are amateurs because they do not receive compensation. This circular logic is where the crux of this decade long debate arose.

Darius Robinson is a strong advocate for the payment of collegiate student-athletes, which he expressed during his exclusive interview with us at Armchair.

Robinson is a former college athlete himself, having played college football at Clemson University from 2010 to 2013. The 5’11” cornerback from College Park, GA, was given a rare opportunity that very few college athletes ever receive: a chance to play professionally. He signed with the Buffalo Bills in 2014, which would be his first and only season in the NFL.

In 2013, Robinson’s senior season at Clemson, he and five other student-athletes joined as plaintiffs in the O’Bannon vs. NCAA court case. O’Bannon vs. NCAA was a class action lawsuit filed by former UCLA basketball player Ed O’Bannon, which aimed to provide financial compensation to student athletes whose likeness had been used by the NCAA for commercial purposes. This issue ultimately turned out to be just a small-portion of a much bigger problem – the NCAA’s refusal to pay student-athletes for their participation in their respective sports.

“I wasn’t your typical athlete”

“I was upset with the whole situation”

“The sport is already professionalized. It’s the players who aren’t.”

Not Just a Piece of Paper

Despite any negative experiences, there’s no love lost between Darius and his alma mater. He continued to express just how much he appreciated his time in college, even though he felt like several things needed systematic change.

Laughing at the Critics

Helping the Players Help Themselves

“From my perspective, they’re a dictatorship.”

Payment for Athletes in Small-Revenue Sports

It was obvious from my time speaking with Darius Robinson that his passion surrounding this issue goes far beyond his own personal concerns, but it more centered upon his genuine care for the next era of college athletes.

What advice did he have to give all up-and-coming athletes? “Be aware of what goes on behind the scenes, and always be open-minded”.

Hopefully for Darius, and for all college athletes, his courage to stand up against the NCAA will promote such “open-mindedness” for college athletes moving forward. We appreciate Mr. Robinson’s time to conduct this interview, and we wish him the utmost success in all of his future endeavors. 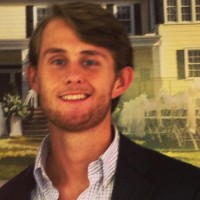