If you watched even a quarter of last season’s Florida Gators football team, you’d understand why a majority of Florida’s fan base wanted UF quarterback Feleipe Franks on the sideline to start 2018. The red-shirt sophomore usually looked lost in 2017, often dancing in the backfield before getting antsy and desperately scrambling out of the pocket. His decision making was constantly questioned as well, especially in the passing game. It never seemed like, even with his 6-foot-6 frame, that he could see the whole field to make more than one read. Under new head coach Dan Mullen however, Franks has thrived so far in his system.

UF’s first drive of the game against Vanderbilt on Saturday made it seem like it was going to be smooth sailing for the Gators. Unfortunately for the Florida offense, a tipped pass inside the Commodores’ five-yard line led to Franks’ fifth interception of the season, and the momentum quickly shifted in Vandy’s favor. The home team would go on to score a touchdown, jumping on UF early and often in the first half.

In the second quarter, the Gators were driving, looking to cut into Vandy’s 14-3 lead. However, after a short scramble, Franks put the ball on the ground, allowing the Commodores to scoop it up and bring the ball into Florida territory. After his second turnover of the game, Franks was visibly frustrated afterwards. “Yeah, I was pissed off because I fumbled,” Franks said to the media after the game. “You don’t like to fumble. I just wanted the ball again so I could just try to make it up. But yeah, I was pissed off. I don’t like to fumble.”

Even after the fumble proved costly with Vanderbilt taking a 21-3 lead late in the second quarter, Franks and the Gators’ offense remained composed with more than a half of play left. UF would go on to outscore Vandy 34-6 the rest of the game en route to a 37-27 victory. Franks stuffed the stat sheet with a career-high 284 passing yards and two touchdowns. His new-found maturity was evident in the second half. “You’ve just kind of got to keep going,” Franks insisted. “You don’t blink, keep on firing the ball out there. You can’t be scared to go out there and kind of baby throws and stuff like that. Keep on going.”

Franks and UF face tough test in UGA on Oct. 27

Saturday marked the first time in his career that he completed at least 65% of his passes and threw for multiple TD passes against a Power 5 team.
— Connor O'Gara (@cjogara) October 15, 2018

The Gators QB will need to continue to show growth moving forward, especially since the annual Jacksonville date with Georgia is coming up after the bye week. The Bulldogs’ speed on defense may take away some of the screen passes that worked so well for UF against Vanderbilt. If that happens, Franks will be relied on more to fire the ball downfield. The Crawfordville, Florida, native has all the tools to do so and we’ll find out on Oct. 27 whether he’s ready to take that next step against their SEC East rival. 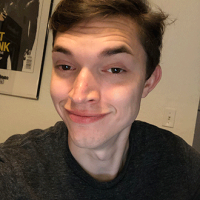