With the GSL Super Tournament 2 ending in spectacular fashion we finally have our WCS Global Finals brackets filled out and are all set for Blizzcon. The final day of the Super was filled with crazy games and an insane final. You could even say it was a better series than Alex “Neeb” Sunderhaft versus Jun “TY” Tae Yang.

The first set of the day was Kim “sOs” Yoo Jin versus Kang “Solar” Min Soo. Solar, being the underdog, surprised everyone by taking the first two games over sOs. Maybe even more surprising, was that sOs reverse swept the next three games to advance to the finals. The second set was between Kim “Classic” Hong Jae and Park “Dark” Ryung Woo with no clear underdog. Until Dark beat Classic two games in a row. The recurring theme of the day seemed to be the reverse sweep, because Classic held his own in games three through five and took the series over Dark.

The sOs versus Classic final lasted over two hours of game time. Once again one of these players fell behind all the way to match point. This time it was Classic again. He fell three nil before the two met for match point on Fracture. Classic defied all logic and gave us yet another reverse sweep on the day. Both players will be going to the WCS Global Finals.

The groups are now filled out and all of them look terrifying. It still looks like the most obvious group of death is Group B. With the likes of Joo “Zest” Sung Wook, Gabriel “HeRoMaRinE” Segat, sOs, and Joona “Serral” Sotala. Anyone of them could be promoted but given recent events, it’s most likely that Zest and Serral will make it out of the group.

Group A claimed Cho “Maru” Seong Ju, TY, Neeb, and Julian “Lambo” Brosig. The edge here goes to the Korean Circuit players, with a Neeb versus TY rematch possibility being a reality, and possibly the only upset of the group.

In Group C there is Kim “Stats” Dae Yeob, Ke “Has” Yu Feng, Dark, and Tobias “ShoWTimE” Sieber. It is once again very likely that that the Korean Circuit players top the group. However, another, slightly less possible outcome is Has knocking either Stats or Dark into the loser’s match with ShoWTimE, and ShoWTimE beating Has in the final game of the group. Unlikely but still the most likely way for a World circuit player to make it out of this group.

The players in Group D are Classic, Artur “Nerchio” Bloch, Lee “Rogue” Byung Ryul, and Juan Carlos “SpeCial” Tena Lopez. While both Rogue and Classic have proven themselves to be some of the top pros in StarCraft, SpeCial and Nerchio are both long time World Circuit players who have been overly impressive this year. Expect Rogue to come out on top, with either SpeCial or Classic following closely behind. Blizzcon and the WCS Global Finals start on Oct. 26. 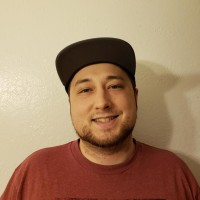