The AL West is still up for grabs but are the Houston Astros prepared to run away over the final four weeks of the season?

September is here and in the American League, the contenders are separating themselves from the pretenders. The Houston Astros have managed to fend off the Seattle Mariners and Oakland A’s in recent series against their AL West rivals, setting the stage for another strong finish and a second-consecutive AL West Championship.

Over the past week, against the Los Angeles Angels and Oakland, Houston went 4-3, but they’re piling up series wins against their foes down the stretch. Following a shocking four-game home sweep at the hands of the Mariners,  Houston took two of three in Seattle and swept LA earlier last month.

Houston is healthy again, with Jose Altuve and George Springer back in the fold and bashing again. Springer hit his first home run since August fifth in a win over Shohei Ohtani and the Angels Sunday, his 20th on the season. If Springer is back to mashing, as we already know Altuve is, this is a team that could run away with the AL West down the stretch.

In the absences of various stars in the Astros lineup this season, one man has put the team on his back at times. We need to talk about Alex Bregman. Eyeballing Houston’s lineup, Bregman’s season stats stand out more than the rest of the loaded batting order around him. Bregman has anchored the middle of the lineup all season.

He leads the team in plate appearances with 604 (entering Houston’s Labor Day matchup with Minnesota) in 134 games. The 24-year-old has scored 92 runs, hit 43 doubles, 27 home runs, and posted a .929 OPS. He’s stolen ten bases and been caught four times, and has walked more than he’s struck out, revealing the caution opposing pitchers have shown with him. He’s leading the team in almost every offensive category, and in some statistics, it’s not even close. Now that all hands are back on deck, the Astros are scarier than ever.

Houston will have a marquee matchup with the class of the MLB this year, the Boston Red Sox. The Astros travel to Fenway Park for a weekend series against the 94-44 Red Sox for a possible ALCS preview. The projected starters are Gerrit Cole, Charlie Morton, and Dallas Keuchel against Eduardo Rodriguez, Chris Sale, and David Price.

Rest of the West

Is it time to look to next year for the Mariners? Seattle split a four-game series with Oakland over the weekend. Their over-performing pitching staff has crashed back to earth with injuries to Marco Gonzales and James Paxton at exactly the wrong time. Paxton is back, throwing five innings in his return against the A’s, striking out ten while allowing two hits, three runs, and four walks. Encouraging, but it might be too little, too late. The Mariners are 5.5 games behind Oakland in the Wild Card race, but they only see the A’s three more times before the end of the season.

Oakland will likely have to soldier on the rest of the year without their nominal ace Sean Manaea, whose recovery was shut down due to rotator cuff tendonitis. With Brett Anderson already on the disabled list, will A’s manager Bob Melvin hop on the bullpenning trend? Oakland’s best run-prevention has come from their bullpen and their defense this season, not their starters. At the very least, expect Melvin and Oakland to lean especially hard on their bullpen the rest of the way, something they at least seem prepared for.

Shohei Ohtani returned to the mound for some reason on Sunday night. Before we get to the underwhelming results, why did Mike Scioscia even put him back on the mound? The Angels have been out of contention for weeks, yet they put their two-way star out there against Houston on Sunday. It didn’t go well, and not just because Ohtani was tagged for two runs in only 2.1 innings. Ohtani’s pitch velocity took a massive dip when he came out for the third inning. Despite averaging 97.4 MPH on his fastball for the day, he threw a concerning 89-MPH fastball to Tony Kemp, who walked, then served up a 77-MPH slider to Springer for a home run. I’m not a medical expert, nor am I a professional baseball manager or decision-maker, but why in the world would you schedule a pitcher to start with a UCL sprain in a lost season? I don’t get it. We’ll see if Ohtani takes the mound again this season, or if the Angels come to their senses and shut him down.

The Texas Rangers are busy seeing what they have for next year. One positive heading into 2019 could be Yohander Mendez, who went six scoreless innings on Sunday in an 18-4 rout of Minnesota. Back in June, the Rangers demoted Mendez to the High-A Carolina League, in part as a disciplinary decision. Apparently, Mendez was ‘unruly’ one night in Kansas City, prompting his demotion. If Mendez can control himself on nights out and pitch like he did on Sunday, he could have a home in Texas for the future.

Come #TakeASeat and join the discussion by following @ArmchairMLB for more work from Ben and the rest of the MLB staff! 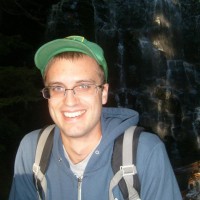 Author Details
Ben Renner
I was born into a sports-loving family in Seattle. Some of my earliest memories are of watching the Mariners with my dad and listening to him complain about legendarily mediocre Seahawks coach Dennis Erickson. Over the years, my love for sports has only grown, even though my athletic prowess never blossomed. In 2008, I protested the Sonics moving out of town. In early 2014, I celebrated the Seahawks crushing the Broncos in the Super Bowl in a dead silent Denver sports bar. In 2015, I ran a Seattle sports blog called Emerald City Swagger. My view of the sporting world has increased to include the teams I enjoy watching the Mariners battle every year in the American League West.
http://benrenner.blogspot.com/
[email protected]
×

Ben Renner
I was born into a sports-loving family in Seattle. Some of my earliest memories are of watching the Mariners with my dad and listening to him complain about legendarily mediocre Seahawks coach Dennis Erickson. Over the years, my love for sports has only grown, even though my athletic prowess never blossomed. In 2008, I protested the Sonics moving out of town. In early 2014, I celebrated the Seahawks crushing the Broncos in the Super Bowl in a dead silent Denver sports bar. In 2015, I ran a Seattle sports blog called Emerald City Swagger. My view of the sporting world has increased to include the teams I enjoy watching the Mariners battle every year in the American League West.
http://benrenner.blogspot.com/
[email protected]
Latest Posts