No one really knew what they were in for when Don Waddell was named GM of the Carolina Hurricanes earlier this spring. Ron Francis had been known for his caution, a sometimes-frustrating trait that didn’t seem to get the Canes where they needed to go. At the 2018 trade deadline, when the Canes were still in contention for a playoff spot, Francis made a one-for-one bubble/AHL deal and nothing else.

So Don Waddell’s first move as official GM of the Hurricanes is a welcome break, sending Elias Lindholm and Noah Hanifin to the Calgary Flames for Dougie Hamilton, Micheal Ferland, and prospect Adam Fox. The only blockbuster deal of the draft weekend, the trade put the Hurricanes back in the spotlight and finally answered some questions about the fate of this team.

The first big thing to keep in mind: Hanifin and Lindholm were both RFAs who had turned down offers from the Hurricanes on Friday. While they’re both expected to sign with the Flames, the hard fact is that Waddell traded the negotiation rights to these two players for Hamilton (signed through 2021) and Ferland (signed through 2020), not to mention the rights to Adam Fox. That in and of itself gave the Canes an edge in this trade.

Another factor that may come into play is the Flames’ new head coach, none other than Bill Peters. In his years with the Canes, Peters butted heads with a few players, including Elias Lindholm. The relationship – or lack thereof – between Peters and Lindholm lowers the odds that Lindholm is going to sign a long-term deal in Calgary. As a matter of fact, there’s no real proof that he will sign at all. Furthermore, the fact that the Flames got players that Peters didn’t necessarily like shows that, despite being a clear link between these two teams, Peters didn’t have much of a say in this trade.

For the sake of argument, however, let’s say that both Lindholm and Hanifin sign in Calgary for decent deals with a decent time frame. Calgary, then, gets a young 2nd or 3rd line center who’s good for ten goals and forty points a season in Elias Lindholm. He’s also not bad at faceoffs, winning about 55% of faceoffs a season.

Noah Hanifin is even younger – only 21 – and has been following the steep learning curve for defensemen in the NHL. The experience he has already (three full seasons in the league) does mean that he certainly has the time and room for growth. He definitely has the possibility of blossoming into a star defenseman. However, as of now, he’s not quite there yet.

So, overall, not a bad haul. Young, decent players with some potential. But what did the Canes get in return?

Dougie Hamilton, currently in his prime, is definitely the biggest player in this trade. One of the best right-handed defensemen in the league, Hamilton visibly makes his team better just by jumping over the boards and could be lethal alongside Jaccob Slavin. He’s also a fairly offensive defenseman – he scored more goals than Lindholm, a forward, did this past season. As a matter of fact, he brings the same kind of scoring that Lindholm contributed while also acting as a solid anchor on the blue line. While he does take more penalties than he draws, this shouldn’t be an issue on the least-penalized team in the league.

Bringing Hamilton into the fold does increase the chances that Justin Faulk would be dealt. Both players are right-handed defensemen and could contend for a spot on the top pairing. Hamilton would most likely win the position, however, and there’s more to be gotten out of trading Faulk than keeping him on the second pairing. Furthermore, Faulk is emblematic of the old guard in Carolina, and if this team is trying to change their outlook entirely as they seem to be doing, Faulk needs to leave.

(Interesting tidbit: the consensus in Calgary seems to be that Hamilton didn’t bond well with his locker room because he would rather go to museums than go clubbing. It says more about hockey culture than it does about Hamilton that his bookishness is seen in such a negative light. As a museum intern myself, I wholeheartedly applaud Hamilton’s dedication.)

The other concrete piece of this trade is Micheal Ferland. A fair bottom-six forward, Ferland still produces at a decent rate (over this past season, he scored 21 goals and 20 assists) and can grind out decent minutes. The Canes could definitely use him. However, he isn’t really the make-or-break piece of this trade.

That distinction would fall to defense prospect Adam Fox, currently playing for Harvard in the NCAA. A product of the USNTDP, Fox won a gold medal with Team USA at World Juniors in 2017 and was named an alternate captain for the 2018 tournament. During his time in Michigan, Fox set a program record for assists in a single season. He’s also won multiple accolades in the NCAA and put up stellar numbers this past season. He will play this upcoming season with Harvard, but this trade makes it more likely that he will sign in the NHL after this season.

So at the end of the day, it looks like the Hurricanes are not only looking to get better now, but they succeeded dramatically. While the pieces Waddell sent to the Flames are by no means bad, on the whole, the Canes won this trade.

Introducing the latest addition to the #Canes uniform collection 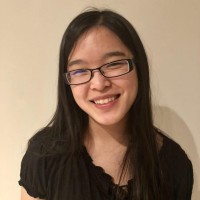