Taylor Lewan is one of the most talented offensive lineman in football. Ever since he became a full time starter in 2015, he’s developed into an vital piece of the Tennessee Titans.

On the field with his play and football IQ, and off the field with his personality and his immediate comedy. His play most importantly has elevated himself into status that does not come to too many NFL players. Pro Football Focus (PFF) is an advanced analytical football database that grades every NFL player on a variety of responsibilities for their respected position. Here you can see when Lewan became a full time starter in 2015, his play has remained consistent among some of the best in the league.

Why would I bring up these grades you ask? Lewan is playing under his fifth year option on his rookie contract that’s due to expire after the 2018-2019 NFL season.

Here you can see his annual salary ever since he signed his rookie contract in 2014. He has a cap hit of around $9.3M this upcoming season. Now here’s the cap hit and guaranteed money for Nate Solder, the newly signed starting left tackle for the New York Giants.

And here is his PFF grade from last season as comparison.

Taylor Lewan’s worst grade from 2015-2017 came in 2015………with an 80.1. As you see above, Solder’s best grade from that period came in 2016 with an 81.7 with abysmal to average grades rounding out 2015 and 2017. Solder has never accompanied three straight seasons with an 80 or above PFF grade, unlike Lewan. Lewan has outperformed the now highest paid left tackle in football ever since he became a full time starter. If that does not scream pay “Taylor Lewan the money deserves” then sheesh I don’t know what does.

Now a holdup could be as a result of another left tackle due for money situation in Atlanta. Jake Matthews is due for a new contract and that could be the starting grounds for a new extension. So watch out for that as well Titans fans. However, you don’t want this situation to spill into next offseason in my humble opinion. Only because I’ll get nervous everyday hoping Lewan gets his extension so we can all be happy. All jokes aside this needs to be done as soon as possible. Get the Lewan extension done and plan for other moves sooner rather than later. I for one hand would want to get this deal done so you can make cap moves to get Marcus his money, but that’s just me. This is a call for you JRob. I love ya, but please get this extension done as soon as possible. Lewan deserves it and it would soothe anxiety in Titans fans if this is done soon. 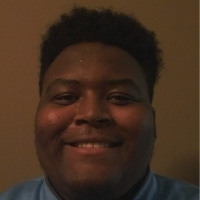 Author Details
Tre’Jean Watkins
I have a couple things to live by: 1. Don’t disrespect the amazing hunk of football talent Marcus Mariota 2. If you don’t like the Titans, that’s cool, I don’t care 3. The Yankees will ALWAYS be better than the Red Sox
[email protected]
×

Tre’Jean Watkins
I have a couple things to live by: 1. Don’t disrespect the amazing hunk of football talent Marcus Mariota 2. If you don’t like the Titans, that’s cool, I don’t care 3. The Yankees will ALWAYS be better than the Red Sox
[email protected]
Latest Posts