The 2015 season came to a surprise to many as the San Diego Chargers ended with a 4-12 record, the worst record in over 10 years for the franchise. Many of the expectations leading into the season did not fare so well, injuries and inconsistency leading the cause on so many of those failed expectations. Heading into 2016, many changes have been made and a with a higher focus on who this team is can actually spell success for the Chargers.

The Chargers’ exited from the 2015 draft with a safe and much needed first round pick in Melvin Gordon. The Wisconsin product was selected in hopes of filling a void that was left by LaDanian Tomlinson, one that previous running back Ryan Matthews failed to fill. Unfortunately, Gordon could not find success running the ball and failed to score a single touchdown, racking up 3.5 yards per carry, and in most games, the Chargers abandoned the run.

The offseason also failed to address the offensive line dilemma, both in the draft (zero offensive lineman drafted) and in free agency (only Orlando Franklin, G, signed). As a pocket passer, Philip Rivers was often seen running for his life as the offensive line broke down allowing 40 total sacks. Melvin Gordon’s lack of production may have been contributed to the faulty offensive line as well. However, many of the issues on the offensive line could not be fixed due to inability to stay healthy.

Injuries were key this past season, not only on the offensive line, but on all sides of the ball. In week 8 against the Baltimore Ravens, Philip Rivers lost his favorite receiver in Keenan Allen and was placed on IR. Defensively, Corey Liuget ended the season on IR while other defensive players also tried to stay healthy. In order to find out who the Chargers really are, the team must look for a way to be healthy for the entirety of the season.

The Chargers had an opportunity to add some depth at many positions during free agency looking mainly at defense. In Seattle, Brandon Mebane was part of a stout Seahawk defense which led the league in fewest rush yards allowed. The Chargers hope to bring a part of the elite rush defense in Mebane as the team was 27th in rushing yards allowed. Travis Benjamin became a premier wideout in Cleveland which led to the Chargers interest in him. A small yet fast receiver, he’s capable of complimenting Keenan Allen or even being the number one wideout if Allen can’t stay healthy. The remaining two additions focus on the secondary with Dwight Lowery, Safety, and Casey Hayward, Cornerback, brought in to fill the void of Eric Weddle’s departure and to be opposite of Pro Bowl Corner Jason Verrett.

The number 3 over pick, Joey Bosa, was not much of a surprise to those paying close attention to this year’s draft. The AFC West is full of elite pass rushers with the exception of the Chargers; the Super Bowl Defending Champions set the tone for new focus on pass rushing with Von Miller, the Kansas City Chiefs have veteran Tamba Hali, and the Oakland Raiders have a franchise player in Khalil Mack. The Chargers had to add someone to prevent themselves from falling behind the curve and Joey Bosa was that player. Tight End Hunter Henry is in position to some day take the spot of future Hall of Famer, Antonio Gates, but only being the number two TE for now. Much focus was on the defensive front this draft with two Linebackers taken back to back, but the issue of offensive line raises a few questions as to what needs to be priority as the Chargers left the draft with only two offensive lineman.

The San Diego Chargers addressed some, not all, issues with many new faces leading into training camp. Philip Rivers threw for the second most total yards in the NFL last season but the team was 31st in total rush yards, which means that the run game needs to improve in order to help the Chargers win and be competitive offensively. Offensive line is still quite questionable with the lack of depth in that area, but on the other side of the ball, the defensive front looks like it’s ready to compete and be considered a contender. With a healthy team, the Chargers have the ability surprise the rest of the NFL. 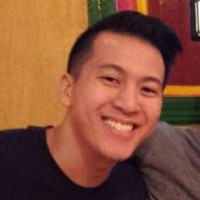 Author Details
CJ Constantino
Living in Seattle, I fell in love with professional sports early. My passion for sports has led me to find out everything there possibly is about each sport and my interest in writing is the perfect outlet for me to express both my knowledge and love for sports. I am a Seahawks loyalist but a football fan nonetheless, so I will always ensure that I create a fair and unbiased piece.
[email protected]
×

CJ Constantino
Living in Seattle, I fell in love with professional sports early. My passion for sports has led me to find out everything there possibly is about each sport and my interest in writing is the perfect outlet for me to express both my knowledge and love for sports. I am a Seahawks loyalist but a football fan nonetheless, so I will always ensure that I create a fair and unbiased piece.
[email protected]