With only two teams still playing out the 2016-17 season, the rest of the NBA is looking toward next year. With the previous article discussing draft possibilities, we now turn our attention to free agency.

Similar to the draft, free agency is filled with viable options at point guard this year. These players, however, have already proven themselves at the NBA level. In fact, some have proven themselves to the point that they will be a bit out of price range for the Nuggets. So let’s take a look at the best point guards the Nuggets could realistically add:

Despite adding DeMarcus Cousins alongside Anthony Davis and having what seems to be almost an unfair backcourt, Holiday could be on his way out of New Orleans.

On a positive note, he put up averages of 15.4 points and 7.3 assists per game; on a negative note, he fell short of playing 70 out of the 82 regular season games last year for the fifth time in his eight-year career. Though the absences were tied to his wife’s surgery, durability remains a concern for him.

When healthy, Holiday is a very steady and unselfish point guard who would fit well in Denver. He’s a very capable scorer without being a high volume shooter. He’s very similar to Jameer Nelson in his prime years, but Holiday possesses more firepower now, being the younger of the two.

The name of the game for finding a point guard for the Nuggets is steadiness. George Hill isn’t going to go off for 30 points or even pick apart a team for 10 assists very often, but he sure can run the show averaging 17 points and four assists.

With a high volume passing big man in Nikola Jokic, the Nuggets point guard doesn’t need to be someone who racks up a ton of assists. As mentioned in a previous article, Jameer Nelson’s “weakness” of not being able to create a ton in this stage of his career played perfectly into Jokic’s strength as a passer last season.

Take a player like Hill, who isn’t known for his gaudy assist numbers and have him run the point and you’ll see the same type of offense run as last season but with more scoring from the point guard. Can’t go wrong there.

With all this one percent stuff I sound like Paul the Traitor from Sprint. Bottom line is, the Nuggets could get the same value from Teague as they could Holiday, but with likely more work days per year out of him.

It’s also more feasible that Teague leaves a team that is about to lose Paul George than it is that Holiday leaves the team that just put together the best big man tandem in the league. But you never know, maybe Holiday isn’t looking forward to 10% of his salary going into buying enough Excedrin to deal with DeMarcus Cousins.

Ah, Derrick Rose. Am I the only one who hears his name with a negative connotation while consciously trying not to?

I mean, he actually had a good year last year! It’s hard to believe since the Knicks want nothing to do with him now and he’s not a hot commodity in free agency. But he actually had as good of a year as Knicks fans could realistically have expected from him with, 18 points and 4.4 assists per game.

He even shot over 44% from the field for the first time since his MVP season that feels like it was 1,000 years ago. So really Denver, are we going to pass on a former MVP who just had his best season in the last 1,000 years? Absolutely.

Rondo was saved for last because unlike all of these other unrestricted free agent point guards, Rondo has a team option. It will be up to the Bulls to either pick up his contract or let him become a free agent.

In all likelihood, management probably watched their team in the playoffs last year and saw the difference between a Rondo-run team and a Rondo-less team, so they’ll be smart and resign him. But if something unexpected were to happen and he becomes a free agent, the Nuggets should most definitely go after him.

He’s definitely different from the other point guards listed in the sense that he’s accustomed to putting up league-leading assist totals, but that’s not a negative.

Rondo is at his best when he has a dominant big man on his team (*cough cough*, Jokic). Rondo with Kevin Garnett was an All-Star and top five candidate at point guard. Rondo with no true center in Dallas was awful. Rondo in Sacramento with Boogie quietly put up just under 12 points and 12 assists per game. What do all three of these bigs have in common? They all average high scoring and assist numbers, so there’s no reason Rondo’s ball dominance would be a problem.

His team in Chicago didn’t get it together until the playoffs and then we saw what they were capable of with him: beating the top-seeded Celtics team twice on their home floor—and without him: losing the next four games straight.

After making this case, hopefully Denver management reads this instead of Chicago management.

This concludes the Nuggets top free agent point guard options. Stayed tuned for the next article on their potential looming hole at power forward. 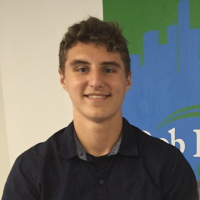