The poor kid in the banana costume sprawled out on the dirty concrete student section floor. The girl next to him stared forward with her hands on her head. The entire student section froze and stared onto the field. It was like a renaissance painting, a sea of faces in utter disbelief. They woke up at 3 a.m. and partied with the gameday crew. They watched the analysts pick Oregon despite being home underdogs. They watched Lee Corso throw on the Duck head, and saw the Oregon Duck throw cake into someone’s face. They packed Autzen, eager to watch Oregon announce themselves to the college football world, not only as the team with the best QB in the nation, not only as the best football team in the Pac-12, but as a powerhouse team with plans of an undefeated season and College Football Playoff berth.

Everything was going well; Oregon was winning position battles all over the place. Justin Herbert was taking Stanford defensive backs to school even a few days before classes started. Dillon Mitchell announced himself as Oregon’s slippery wide receiver number one with 239 receiving yards. The Oregon offensive line was manhandling Stanford’s front. Freshman C.J. Verdell was flying through holes untouched and flying past the bewildered secondary on route to 115 rushing yards. Bryce Love was made human, as Oregon’s defensive gameplan left Stanford with seven points on their opening six drives. Oregon prepared better, and appeared to have more talent — the score reflected that.

A 24-7 lead at halftime nearly became 31-7 when a fateful pylon kick took place. Jaylon Redd took a sweep 19 yards to the end zone, never stepping out of bounds. Tragically, he kicked the pylon on his leap into the end zone. Usually when a player is stretching the ball across the pylon, the ball has already broken the goal line so we’re familiar with players knocking over the pylon and scoring. The tricky part is, when a player’s body touches the pylon, he is immediately considered out of bounds and the ball is placed accordingly.

Oregon was shocked to find themselves at 1st and goal on the 1-yard line. Rather than composing themselves and scoring the touchdown, they fumbled twice in the span of three plays. Both fumbles were precisely the type of unforced errors that allows a more mature team like the Cardinal to spark a comeback. Oregon can say they “won” 75% of the plays from last Saturday, but a snap over Justin Herbert’s head returned 80 yards for a Stanford touchdown is a fourteen point swing. Well into the third quarter, on the verge of being up 31-7, the Ducks found themselves at 24-14.

They continued to play better football in the second half, moving the ball down the field merely yards away from icing the win. Instead, C.J. Verdell fumbled at midfield. Stanford moved close enough for an easy field goal and rallied for a touchdown in overtime, while Oregon floundered and threw a desperate 4th down interception. In the sports business, we call that a textbook choke.

Oregon’s fanbase — students and journalists alike — were in shock. Oregon deserved to win; they played better football. Everything was lined up for Saturday to be a party. Oregon’s fans felt like they had that joy stolen from them.

When you feel like happiness was unjustly robbed, most people are quick to play the blame game. We need something to blame, someone who can be charged with robbing us of our glorious Oregon victory. Fans were quick to tear apart the referees. Although they were justified in their “pylon” shenanigans, the optics made it look as if replay review had actually overturned an obvious TD. Even once the pylon rule was clarified, fans were quick to point out numerous other perceived referee miscues.

Now I wasn’t paying close enough attention to tell you if the refs had a good game, because the fact of the matter is sometimes they don’t. It is fundamentally true that in any situation where a team wins by seven points or fewer, the referees could have impacted their game. Their goal is to be unbiased and create an environment where the best team wins, and human error creates situations where the less deserving team or athlete is given a victory. We can still cling to the hope that if refs have changed the course of a game, the benefactor is decided purely at random and not pre-arranged. So I’m not going to discredit someone who did the research and has evidence that those refs had a rough day at the office, but blaming them for losses is cheap. How many “close” games did Oregon win because the refs made errors in their favor? Life has these random variables — you accept that a little bit of everything good and bad in your life can be credited to luck. Unfortunately, human nature is to blame external variables for failure, and claiming as much credit as possible for success. Even when the referees visibly change the outcome of a game, blaming them is a cheap excuse, so imagine what that means for the poor refs if they’ve actually done a good job.

Now with seasoned writers certainly above the practice of blaming refs, publications both local and national had stories to write about why Oregon choked, and a disheartening amount of criticism was lobbed at Mario Cristobal. After out-coaching David Shaw all game and play-calling for an offense that embarrassed a top ten team in the nation, Cristobal came under fire for late game playcalling. He watched Verdell & Co. run all over the field and now he was one first down away from winning. Media was quick to point out that if Oregon just kneeled, Stanford would have the ball deep in their territory with only 20 seconds left. So Cristobal had an important decision on his hands, give Stanford a chance for a miracle, or move the ball forward ten yards so the Cardinal never touch the ball. Both situations gave Stanford a one or two percent chance of winning. Cristobal was just picking who he trusted more, C.J. Verdell and the offensive line, or his punter and the defense.

When Verdell fumbled, all eyes turned to Mario Cristobal for his brazen “aggression” in the face of what a “smarter” coach would have done. It’s as if he lost a coin toss that made everyone forget what a phenomenal game he coached. Cristobal took the heat on behalf of his players. A headline from USAToday reads “Oregon: Collapse against Stanford highlights questionable coaching,” and Cristobal was left defending himself against reporters. The reality is we can’t conclude if Cristobal made the right or wrong decision, because it wasn’t obvious. Furthermore, if we pretend that Cristobal made the wrong choice, it shifted Oregon’s odds of winning by merely a few percentage points. Mario Cristobal is a professional and early indications say that he’s good at this new job, so I’m not buying the story that he robbed fans and players of an Oregon victory.

So we’ve ranted about refs and coaches, but I understand the frustration and I know somebody still must be held responsible.

Who do we blame? The rational answer is a series of unfortunate events formed a chain reaction of misery and it’s childish to blame anyone.

But that’s not what we’re all about in college football — we need to raise our pitchforks for something. What individual human being was most responsible for the choke? Surely C.J. Verdell. The freshman running back lunged forward for extra yards and fumbled the football when it was quite literally the only thing that Stanford needed. Verdell showed his immaturity and could have likely secured Oregon victory by simply concentrating on ball security instead of extra yards. Then there’s Justin Herbert, who was sensational but whose failure to recover the fumble that Stanford eventually returned for a touchdown became his most significant play. When the ball flies over the quarterback’s head, he at least gets a head start on the entire defense and should be able to collect the ball. If you rewatch that fateful play it’s clear that Herbert panicked and failed to secure the fumble, something I’m sure they don’t cover in practice.

Who let us down? Herbert and Verdell, in this case. And I know you hate to blame them but I’m sure they’ve kicked themselves all weekend. They are adults; they will keep their heads up and prepare for an intriguing road matchup against #23 California this Saturday. The only ones who aren’t blaming refs or coaching are the players, and they’re going to war against Cal to back up their head coach. They may have folded under pressure last week, but it was a growing pain. I fully expect Oregon to continue to play like the best football team in the Pac-12. If they lose to Cal? Then we blame the players.

If they’re going to be our heroes we can grapple with the fact even heroes make tremendous mistakes. 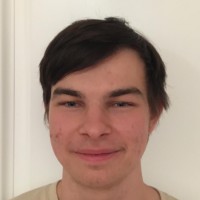 Author Details
Michael Strite
I am a second year University of Oregon student passionate about all of Oregon’s teams. I spend most of my free time watching movies and playing video games. Having played Football, Basketball, Soccer, and Baseball as a child I’ve cultivated a passion for the beautiful world of sports. I’ve recently fallen in love with the esports industry. My passion for video games and sports combine in the realm of professional video gaming. My life revolves around working towards a dream job in esports, making the most of my college experience, and taking time to bring joy to the world around me. Writing this bio was actually rather challenging but I’m sure writing about the Oregon Ducks will come smoother and I’m excited to share my work with this lovely audience.
[email protected]
×

Michael Strite
I am a second year University of Oregon student passionate about all of Oregon’s teams. I spend most of my free time watching movies and playing video games. Having played Football, Basketball, Soccer, and Baseball as a child I’ve cultivated a passion for the beautiful world of sports. I’ve recently fallen in love with the esports industry. My passion for video games and sports combine in the realm of professional video gaming. My life revolves around working towards a dream job in esports, making the most of my college experience, and taking time to bring joy to the world around me. Writing this bio was actually rather challenging but I’m sure writing about the Oregon Ducks will come smoother and I’m excited to share my work with this lovely audience.
[email protected]
Latest Posts