The last time these two teams met was in the 2014 AFC Divisional round. What a game that was. If you haven’t seen it, you can check out the highlights here. The Ravens looked hot early in the game and took the lead twice. The Patriots struggled early but came back from a 14 point deficit twice. The Patriots won the game of course and proceeded to play the Indianapolis Colts. After whomping the Colts, and the ensuing “scandal”, the Patriots made a trip to Arizona to face Seattle in the Superbowl. And we all know how that ended.

Enough of the history lesson. Now we look at what we can expect for Monday night.

First off, defense. And I mean this from both teams. The Ravens boast the best run defense in the league according to ESPN. Due to this, I expect LeGarrette Blount to have a rough time getting anything going on the ground. Instead, expect to see more of Dion Lewis and James White.

The Patriots defense, on the other hand, is still sort of questionable. The defensive unit looked strong against the Rams and appeared to have everything figured out. That being said, the Rams offense was awful and had rookie Jared Goff under center. The Ravens have a veteran QB in Joe Flacco who will not fold under the blitz the way Goff did. However, I see this as a sort of test. If the Patriots defense can repeat their performance against the Ravens, then maybe everything is figured out. Either that or Tom Brady will need to do Brady things to keep the Patriots afloat. By that I mean score at least 30 points a game.

^We need more of this against the Ravens.

The next thing to look for is the emergence of Malcolm Mitchell. I have spoken about Mitchell a lot recently but the rookie deserves the praise. Due to injuries, we should expect Mitchell to see more targets. First Rob Gronkowski was injured, then Danny Amendola got hurt as well. These both are huge blows. While Gronk may have been the fancy highlight reel player, Danny was also important in a more sneaky way. Danny did not see as much playing time, but you better believe he was out there for every third down play. He had this uncanny ability to make clutch plays when needed most.

Another player to look out for is rookie DJ Foster. Foster has hardly played at all this season. However, Bill Belichick clearly likes the speedy running back. Foster was White’s backup for most of the year while Lewis was on IR. Eventually, the Patriots waived Foster and added him to the practice squad after. However, with Gronk on IR, Foster was signed to the active roster once again.

As others have noted, D.J. Foster worked with WRs and RBs today during Patriots practice.
— Doug Kyed (@DougKyed) December 7, 2016

Now here are some quick hits on what we might see: 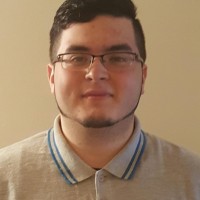 Author Details
Daniel Neira
The name is Daniel Neira and I live in Massachusetts. In case you didn’t notice, I am a Patriots writer for The ArmChair All­-Americans. Boston sports fan, especially Patriots and Celtics. I’m an undercover Hispanic and if you saw me you would know what that means. My dog is better than yours and this totally not a dating bio. Umass lowell student and an aspiring superhero/ functioning adult.
[email protected]
×

Daniel Neira
The name is Daniel Neira and I live in Massachusetts. In case you didn’t notice, I am a Patriots writer for The ArmChair All­-Americans. Boston sports fan, especially Patriots and Celtics. I’m an undercover Hispanic and if you saw me you would know what that means. My dog is better than yours and this totally not a dating bio. Umass lowell student and an aspiring superhero/ functioning adult.
[email protected]