If you have not heard the big news, the Ole Miss football program is in dire straits. On Wednesday, Ole Miss self-imposed a bowl ban for the 2017 season in response to the NCAA violations they allegedly committed. (Eight new ones were added to the 13 already leveled against Ole Miss to bring the total number of violations to 21.) Here’s a composite breakdown of the violations.

The NCAA is not close to being done, themselves, as further penalties loom over the Rebels’ program. Rumored punishment includes the likes of scholarship reductions, possible consequences on Hugh Freeze’s job, etc. While we obviously do not know what all is going to happen, let’s just say things are going terribly wrong in Oxford, M.S.

To put the severity of the allegations into perspective, student-athletes at both Mississippi State and Auburn were told they would be granted immunity if they testified about their recruitment process at Ole Miss. While a seemingly novelty idea by the NCAA, it innately presents a sticky situation for the testifying athlete. If someone were to step to the podium and hypothetically said, “Ole Miss offered me $25,000 to play here, but I chose to come to _______ to play for free.” That is a hard sell with the contemporary accusatory nature of sports media.

However, I am really not surprised by what is happening at Ole Miss. I, like many, could saw the writing on the wall. Let me explain.

The recruiting class of 2013 was something special for the University of Mississippi. Ole Miss landed the No. 4 class in the country. If you keep up with college football in the SEC or the sport in general, it is known that Ole Miss has not had much recruiting success previously or much football success period. Ole Miss’ last three seasons were a combined 13-24 and an abysmal 4-20 in the SEC.

Even after an inaugural seven win campaign in 2012, it was still eye-opening to see Hugh Freeze and the Rebels land such a stellar class. As the old adage goes, “If it looks too good to be true, it probably is.”

My suspicions grew when Laremy Tunsil decided to sign with Ole Miss at the last minute. This is where the connection to UGA comes into play.

Tunsil was rated as a 5-star prospect and the No. 1 offensive tackle in the country in that year’s class according to the 247Sports Composite Rankings. Tunsil’s recruitment came down to the wire (as previously noted), and Georgia and Alabama appeared to be the frontrunners, arguably the best two teams in the country from a season before. From that moment, those with knowledge on the situation increasingly began to heat up.

Many know the Tunsil narrative from there. He had an outstanding career in Oxford, was slated to be a Top 5 pick in the 2016 draft even after a story appeared where he was in connection with the Nkemdiches and the infamous hotel room incident. Moments before the draft, a video leaked onto Tunsil’s Instagram of him ripping a bong, causing him to fall to #13 overall. Then, in his post-NFL Draft press conference he admitted to being paid by Ole Miss. It was quite the roller coaster ride.

While this is a separate issue from what the NCAA is currently involved with now, it really got the eyes of the nation focused on Ole Miss in a negative way. Side note, whoever asked the question that prompted Tunsil to spill the beans on getting paid has to be on Mississippi State’s payroll now, right? But I digress.

Anyway, Ole Miss is certainly in a heap of trouble. Tunsil’s decision to spurn Alabama and UGA in 2013 really made me wonder about how ethically the program was handling its recruiting. Obviously, mine and many others’ suspicions have been confirmed.

Who knows what exactly will happen to Ole Miss or even when the NCAA will finish this process, but it is clear that things are looking bleak in Oxford. Our sources there described it as “maybe not even the tip of the ice berg.” Heck, things are already near disaster when it comes to recruiting as Ole Miss dropped to the No. 30 class nationally, another day in the life of unrealistic SEC football expectations.

What will Ole Miss look like and how will it affect the rest of the SEC down the road? Only time will tell. Stay tuned to armchairallamericans.com as we keep you up to date on the Ole Miss situation from here on out. 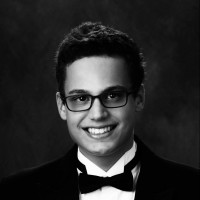 Author Details
Jay Hawkins
Jay Hawkins is a sophomore in college and studies Communications. He has written for several years as a sports correspondent for his hometown paper, served as editor for his college newspaper, worked as editor at FanSided’s Dawn of the Dawg, and continues to write on his own blog – fallenpylons.com. He has grown up watching sports his whole life and is especially passionate about college football. In his spare time, he enjoys fishing, eating bacon, and listening to Bruce Springsteen. #DawgsOnTop
[email protected]
×

Jay Hawkins
Jay Hawkins is a sophomore in college and studies Communications. He has written for several years as a sports correspondent for his hometown paper, served as editor for his college newspaper, worked as editor at FanSided’s Dawn of the Dawg, and continues to write on his own blog – fallenpylons.com. He has grown up watching sports his whole life and is especially passionate about college football. In his spare time, he enjoys fishing, eating bacon, and listening to Bruce Springsteen. #DawgsOnTop
[email protected]