After falling to knock off No. 4 Ohio State in Week 3 — a top-15 matchup with early-season College Football Playoff implications — TCU football is looking to reset as the Horned Frogs suit up for their Big 12 opener at Texas this weekend.

It goes without saying the final results at AT&T Stadium on Saturday were far from what TCU hoped for, considering the Frogs went on a 21-3 run mid-way through the game and carried an 8-point lead well into the third quarter. TCU ultimately saw its chances of a win evaporate through a series of second-half miscues en route to a 40-28 defeat, but the Frogs kept the Buckeyes on their toes up until quarterback Dwayne Haskins’ fourth quarter touchdown on a keeper. And while TCU head coach Gary Patterson may not be big on moral victories, it may be the silver-lining.

From Darius Anderson’s 93-yard touchdown rush — both the longest rushing play in TCU program history and the longest play surrendered from the line of scrimmage in Ohio State history — to Shawn Robinson’s first 300-yard passing performance as a Frog coming against the best defense TCU will likely face this season, the performance — even a losing one, at that — resembled one of a team that can win the Big 12 Championship on the same field in December.

Make no mistake. The bar will be high if the Frogs want to see that goal realized. The Big 12 suddenly looks that much more formidable with Oklahoma State’s impressive 44-21 with No. 24 Boise State and Alan Bowman’s 603-yard passing performance in Texas Tech’s 63-49 over Houston, which just happens to a Big 12 freshman record. Mishaps such as Robinson’s shovel pass that was intercepted by Dre’Mont Jones for a pick-six won’t cut it, but if the sophomore under-center and his teammates can learn from the loss, the ceiling is high moving forward.

Running the table? A matchup with No. 5 Oklahoma on Oct. 20 and a road trip to No. 12 West Virginia on Nov. 10 will be the biggest hurdles, as would a trip to the Big 12 title game that would result from a 9-0 record in regular-season conference play. But suddenly, it doesn’t seem like so much of a stretch. Take away some of the critical mistakes from Saturday (which could have meant a TCU victory) and lots of folks would have the Frogs right up with Oklahoma as a favorite to win the Big 12.

But for all the excitement that thoughts of a potential Big 12 title run brings, there’s an even bigger question that looms overhead: Does TCU still have a shot at cracking the College Football Playoff for the first time in program history this season after the loss?

Well, that’s complicated. When it comes to the eye test, the answer is seemingly yes — at least if the good stuff we saw from TCU vs. Ohio State on Saturday — not the ugly moments sprinkled — is the norm for the Frogs going forward this season. Of course, the playoff is anything but simple from what we’ve seen since its 2014 implementation, so let’s take a deeper look at whether or not TCU can dream of that.

It’s not exactly a secret that there are a lot of factors in determining the playoff field. Some weigh heavier in one season than they do another, such as conference titles and strength of schedule. Alas, there are two precedents that have held true every year.

First: No team with multiple losses has ever made the playoff.

Second: No team has ever lost in Week 1 of the season and rebounded to crack college football’s edition of the Final Four.

Alright, so the Frogs can be feeling good for now — at least better than the likes of Michigan, Washington, Miami and Texas (sorry, Robert Smith), all of which endured season-opening losses after starting the year ranked.

So, you might be curious at this point. Week 1 is obviously a terrible time to lose if you want to make the playoff. But what about Week 3? Is that a good time, historically?

Well the timing is all over the map. In the first two years of the playoff, there was a trend that it was better to lose early than later. Over the years, however, that has shifted. In 2014, Ohio State overcame a Week 2 loss to a 6-win Virginia Tech team en route to a national title. Oregon and Alabama’s losses also came relatively early on — the first weekend of October.

It was the complete opposite a season ago for Alabama though, who lost in the final week of the season to an Auburn team that beat then No. 1 and fellow playoff participant Georgia two weeks prior. Heck, in the last two seasons alone, there have been four November losses overcome and none in September.

In TCU’s case, only once has a team lost in Week 3 and made the playoff. Alas that was Alabama team that went onto win it all three years ago. The bad news, however, is that no loss for a playoff-bound team has ever come against an opponent ranked higher than No. 6 in the AP Top 25 poll at the time of the contest. Of course, that’s just a kink in how things have panned out, so TCU fans shouldn’t worry about that like they should about posting a 12-1 record.

Of course, TCU has already missed out on the playoff once before when finishing the season with a single loss to a top-5 opponent. This time, the Frogs are aided by a potential data point, but would it be enough for them to get in the playoff if they can get past the rest of the competition unscathed?

That’s where strength of schedule comes into play.

As of now, TCU has three ranked opponents — Oklahoma, West Virginia and Oklahoma State left on its schedule. Others could join that part if they right the ship after early-season losses. Alas, we’ll say that the Horned Frogs, should they run the table and win the Big 12, have four ranked wins come selection Sunday — three from conference play and a fourth from the Big 12 title game.

Beyond the Big 12? It depends on how things pan out, though we know Ohio State — if they do make the playoff — would have at least one ranked win over the Frogs. You could bank on more to come too.

In the end, the pieces are there for the Frogs to make the playoff if they take care of business in every game going forward. That’s far easier said than done. But if we’re looking at the eye test, they have what the potential to do it, and that should more than going forward when it comes to a source of motivation. 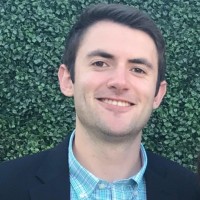 Author Details
Dean Straka
I grew up in Southern California and developed a love for all sports at a young age, though I ultimately decided on golf when it came to playing something at a competitive level. But as far as watching sports, college football reigns supreme. I attended my first game as 5-year-old when visiting family in Florida. Michigan defeated Alabama in overtime to win the Orange Bowl, and the winning quarterback just happened to be a senior by the name of Tom Brady. I attended plenty of USC games with my dad during the Pete Carroll era, only furthering my love for the game. Since then, I’ve been blessed to attend and cover games at some awesome venues including Oklahoma, LSU, AT&T Stadium, and more than I can count at TCU. Beyond college sports, I love cheering on the San Francisco Giants and 49ers, and exploring new places when afforded the opportunity.
[email protected]
×

Dean Straka
I grew up in Southern California and developed a love for all sports at a young age, though I ultimately decided on golf when it came to playing something at a competitive level. But as far as watching sports, college football reigns supreme. I attended my first game as 5-year-old when visiting family in Florida. Michigan defeated Alabama in overtime to win the Orange Bowl, and the winning quarterback just happened to be a senior by the name of Tom Brady. I attended plenty of USC games with my dad during the Pete Carroll era, only furthering my love for the game. Since then, I’ve been blessed to attend and cover games at some awesome venues including Oklahoma, LSU, AT&T Stadium, and more than I can count at TCU. Beyond college sports, I love cheering on the San Francisco Giants and 49ers, and exploring new places when afforded the opportunity.
[email protected]
Latest Posts

Why Kansas needs to show improvement coming off the bye