Arizona State has dynamic offensive personnel led by one of the most highly regarded talents in the country, receiver N’Keal Harry. However, their coaching questions could prevent the Sun Devil offense from fully blossoming in 2018.

Edwards is known, however, as primarily a defensive coach. This made sense considering he played in the secondary in the NFL back in the 1970s and 1980s. In addition, he was a defensive backs coach for nine seasons before being hired as an NFL head coach by the New York Jets in 2001.

For eight seasons as the head man of the Jets and then Kansas City Chiefs, Edwards’ offenses never ranked higher than 17thin scoring. Rushing was usually his teams’ strong point, but coaching Hall of Famer Curtis Martin and All-Pro Larry Johnson helped in that area a lot. At ASU, he will be in uncharted territory, having an assortment of underclassmen running backs, the most experienced being sophomore Eno Benjamin who carried the ball just 23 times in 2017.

Edwards’ only experience running an offense was 30 years ago when he was an assistant at San Jose State. In 1987, Edwards helped the Spartans lead the Pacific Coast Athletic Association in points and win the conference. As a member of the Big West in 1988 and 1989, San Jose State scored the second and third most points in the conference.

But, although he had moderate success with the Spartans, he was just an assistant and he never coached for another college program until Anderson hired him last December. His most recent experience doing any type of coaching came in 2011-2015 with his involvement in the Under Armour All–American Game — a showcase event for high school seniors.

Edwards’ appointee, Rob Likens, does have experience as an offensive coordinator, but his most recent episode may be something he wants to leave in the past.

He was the OC at Kansas in 2015 and 2016. His offenses scored the fewest points in the Big 12 in both of his seasons there and the Jayhawks went a combined 2-22. (Editor’s note: That’s right — THAT Big 12, best known for garbage defenses.) Arizona State will certainly have better talent this season than KU did back then, and key offensive players like quarterback Manny Wilkins and Harry did improve when Likens entered the picture last season as an assistant. But as a play caller, Likens’ past efforts could be called into question.

Despite all of this, there is a lot of optimism in regards to the players. N’Keal Harry earned All-Pac-12 honors last season, and expectations are high for the junior this year. ESPN’s NFL Draft Analyst Todd McShay projects Harry to land in the first round in 2019 and, at 6′ 4″, Harry has the frame and speed to be a lethal target for the Devils. He has a flair for making big plays down the field, and can seemingly overpower any defensive back if the defense fails to double-team him.

Harry has 140 career receptions at ASU. He would be on pace to break the school record if he plays for a fourth season, which is unlikely given his draft stock.

Besides Harry, ASU returned all of last season’s receivers except one (Ryan Jenkins graduated). Junior Kyle Williams had a solid campaign with 66 catches and seven touchdowns in 2017. Speedy Frank Darby, who caught nine passes for 234 yards as a freshman last year, and 6’8″ sophomore Curtis Hodges could also be go-to targets if Harry and Williams are covered. (Editor’s note: WTF is that the tallest receiver ever? Seriously someone go look that up and tweet the answer to @ArmchairASU and I’ll love you forever.)

Throwing the ball for the third straight year will be senior Manny Wilkins. Last season, Wilkins threw for the fifth-most yards in ASU history with 3,270. That total was fourth in the Pac-12 last season, behind two players who landed in the top-ten in yards in the nation, Sam Darnold (USC) and Josh Rosen (UCLA) as well as Luke Falk (Washington State) who threw the 13th most.

Wilkins has had to play through big changes in the past at ASU. Likens will be his third offensive coordinator in three years. If there’s reason for optimism, it’s that, with Likens as his quarterback coach in 2017, Wilkins improved his yards per-game, yards per-play and touchdowns-to-interceptions ratio. With Darnold, Rosen and Falk gone, if Wilkins continues to improve, he could end up proving to be one of the top quarterbacks in the conference, along with Arizona’s Khalil Tate and Washington’s Jake Browning.

Furthermore, Wilkins will be protected by a veteran offensive line. Three regular starters from last season are returning, including 2017 left tackle Cohl Cabral, who will shift to center to make room for Casey Tucker, a graduate transfer who played three seasons at Stanford and started in a Rose Bowl win for the Cardinal. The ASU line gave up the tenth-most sacks in the NCAA last season, but many of those resulted from Wilkins running away from the pocket — throwing the ball away more often could help — and having a 315-pound veteran left tackle should also help protect Wilkins’ blind spots.

Behind the experienced line, ASU will have a new backfield. Benjamin was the only back on the current roster who carried the ball more than four times last season. However, despite the little playing time behind last year’s seniors Demario Richard and Kalen Ballage, Benjamin showed flashes of explosiveness. He has quick legs that can exploit holes on the line and good breakaway speed for big runs. His highest usage last season came during the Sun Bowl game, when he had five rushes for 42 yards (8.4 yards per-carry).

Along with Benjamin in the backfield, expect a lot of sophomore Trelon Smith. During ASU’s spring game, Smith took snaps with the first-team while Benjamin was injured. Smith is compact at 5’9″, but he has powerful legs and could prove to be a capable complement to Benjamin.

ASU could live and die with the passing game as Likens, being the quarterbacks coach, could feel more comfortable calling more screens and options as opposed to traditional handoffs and halfback draws. Incorporating the running backs into the passing game more could be a beneficial idea, though. Halfback receptions accounted for just 15 percent of the team’s total catches in 2017. Perhaps if Benjamin and Smith can make big receiving plays out of the backfield, the field could open up more for deep threats like Harry.

Offensive production under Coach Graham became stagnant over time with predictable play calling. Perhaps the coaching changes could spark some new life in the Sun Devils’ offense. Regardless, they will need their young backs to step into the spotlight ready to go, and their veteran playmakers will need to have big seasons, especially Wilkins and Harry. If everything falls into place, ASU could have a high-powered offense. But, if it does not progress under Edwards, then they will be easy to defend and Arizona State could be subjected to another middling 7-5 season. 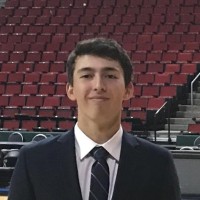 Author Details
Alex Weiner
I am from Los Angeles and I am a huge Angels, Clippers and Baltimore Ravens fan (liked them long before the Rams came). I loved playing and watching sports growing up and since I don’t consider myself an MLB talent, sports journalism seemed like the way to go. I am a sophomore at Arizona State. In my first year, I covered ASU Baseball and Women’s Basketball for Devils in Detail. I also had a sports talk radio show called Road to Glory on the student radio station Blaze Radio, and I am on that show again along with a couple of podcasts on blazeradioonline.com. I also called a couple of ASU softball games for the station. I work as a cameraman and did color commentary for high school athletics for School Space Media.
[email protected]
×

Alex Weiner
I am from Los Angeles and I am a huge Angels, Clippers and Baltimore Ravens fan (liked them long before the Rams came). I loved playing and watching sports growing up and since I don’t consider myself an MLB talent, sports journalism seemed like the way to go. I am a sophomore at Arizona State. In my first year, I covered ASU Baseball and Women’s Basketball for Devils in Detail. I also had a sports talk radio show called Road to Glory on the student radio station Blaze Radio, and I am on that show again along with a couple of podcasts on blazeradioonline.com. I also called a couple of ASU softball games for the station. I work as a cameraman and did color commentary for high school athletics for School Space Media.
[email protected]
Latest Posts